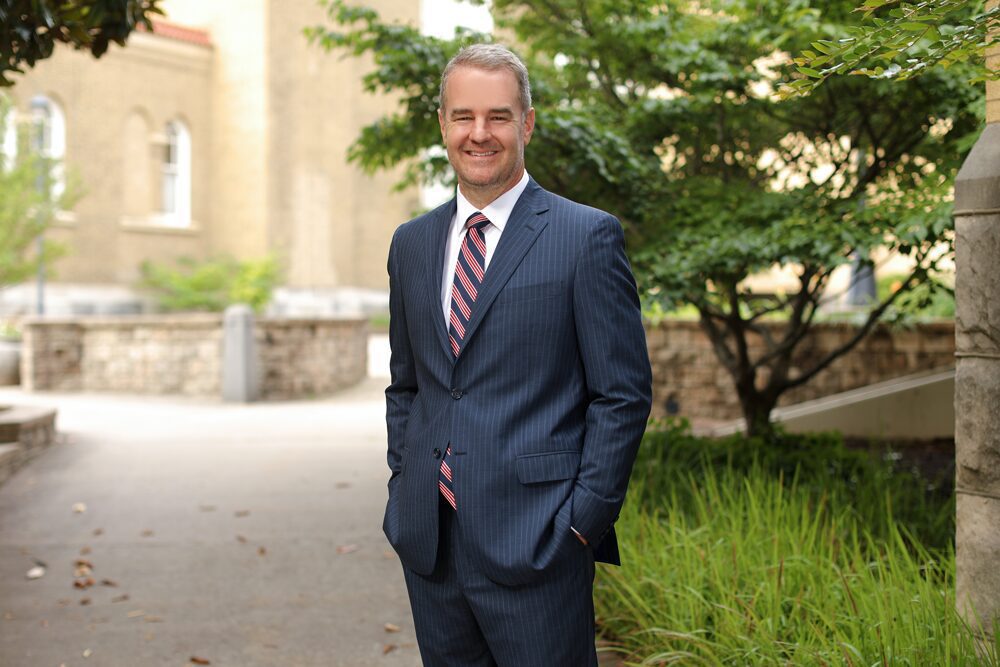 James R. “Jim” Lambert, was born and raised in Marion. After attending Marion schools, Jim graduated in 2000 from Arizona State University and spent the next five years pursuing a career in aviation. Jim attended SIU Law, graduating with honors in 2008. Jim immediately joined our firm as a trial attorney and has spent the last decade successfully representing clients from all over Southern Illinois, focusing his practice on helping injured people in our community who have been harmed by the negligence of another person, physician, or corporation. Jim has tried cases to verdict in counties all over Southern Illinois, including Williamson, Jackson, Saline, Franklin, Johnson, Pope, and Hamilton Counties and has guided his clients through mediations, arbitrations, disability hearings, workers’ compensation claims, estate plans, and cases in the Illinois Court of Claims and Federal Court. Because Jim understands that injuries take a physical and emotional toll and that dealing with insurance companies can be overwhelming and frustrating, he is passionate about ensuring his clients are compensated fairly.

Jim and his wife, Amy, live in Marion, where they are active in their church and the lives of their four young children.

During Jim’s decade of being a courtroom lawyer, he has represented Southern Illinoisans in hundreds of unique and complicated cases, such as: