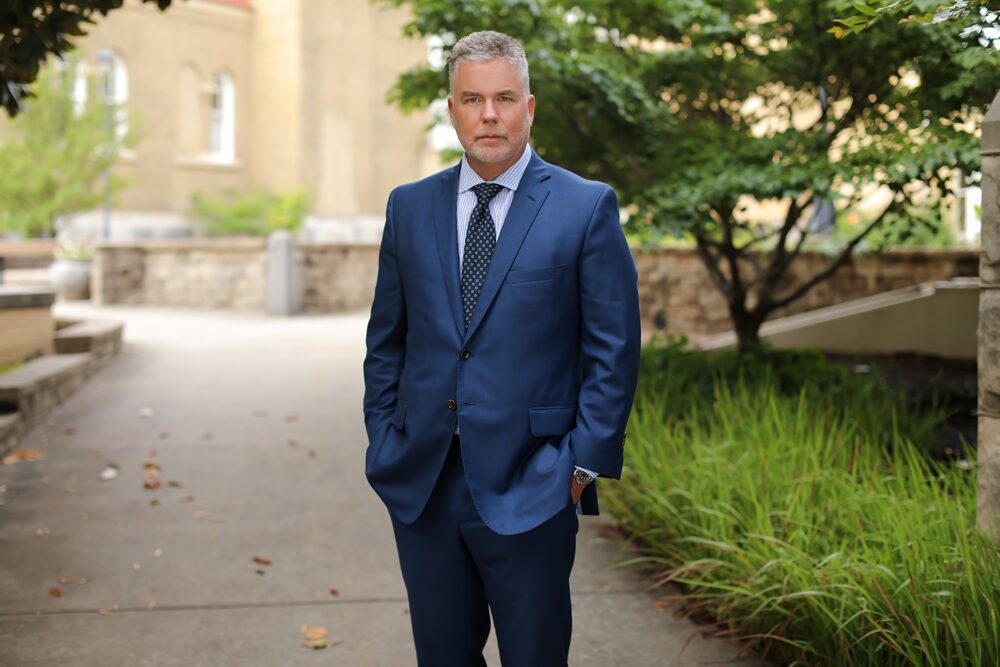 Stephen W. “Steve” Stone makes his home in Marion, by way of Carterville. Prior to joining our firm in 1996, Steve served as a Judicial Clerk for the 5th District Appellate Court and practiced law as an insurance defense attorney in Carbondale. Licensed in both Illinois and Missouri, Steve has a reputation in the law community for great intellect, ability, and ethics in the courtroom, as well as charitable involvement in the community. An uncompromising advocate for his clients, Steve represents local people in a myriad of different situations, refusing to allow insurance companies to take advantage of injured workers and people in Southern Illinois.

Steve and his wife Tabitha make their home in Marion, where they raise their five children. Besides his family, the practice of law, and his local parish, Steve devotes much of his energy to The Benja Project, a non-profit organization he founded supporting orphans and their community in Uganda, Africa.

During Steve’s 27 years of being a courtroom lawyer, he has represented Southern Illinoisans in hundreds of unique and complicated cases, like these: